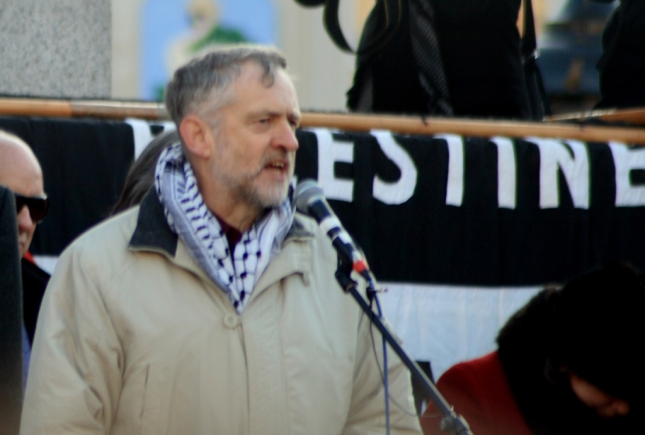 It appears that the enemies of Jeremy Corbyn’s progressive plans for the Labour Party have discovered some common ground.

Blairites within the Labour Party and the media, along with the Conservatives and the pro-Israel lobby — all will lose out if Corbyn succeeds. So they are seeking to undermine his radical agenda by hitting his long-standing criticism of Israel’s illegal occupation of Palestine where it hurts : the heinous – and nowadays way-beyond-the pale – smear of anti-semitism.

The efforts to deliberately confuse anti-Zionism ( criticism of the political movement to establish and expand a racist Jewish state ), and anti-semitism ( prejudice against, and persecution of Jewish people ) are longstanding. Israeli advocacy groups within the EU have been attempting to formalise a bogus definition of anti-semitism since at least 2005.

The panic such allegations are still capable of producing is evidenced in Ken Livingstone’s suspension from the Labour party today. This was the result of outrage from both politicians and the media regarding comments he made about Hitler including this :

This is fact. Those who are first to scream accusations of ”anti-semitism” are very often those with least actual knowledge of the history of the often co-operative relationship between Zionist groups and the Third Reich.

Either way, Mike Sivier at Vox Political pointed out after Livingstone’s suspension:

‘It turns out all those who clamoured for Ken Livingstone to be suspended from the Labour Party – on the basis that Nazi Germany and Zionist Jews never had an agreement – were completely wrong”.

Sivier quotes the Haavara Agreement, which was:

”….an agreement with the German government in August 1933, to facilitate the emigration of Jews to Palestine.… The Zionists saw this agreement as a way of attracting Jews to Palestine and thus rescuing them from the Nazi universe even if that meant cooperation with Hitler” 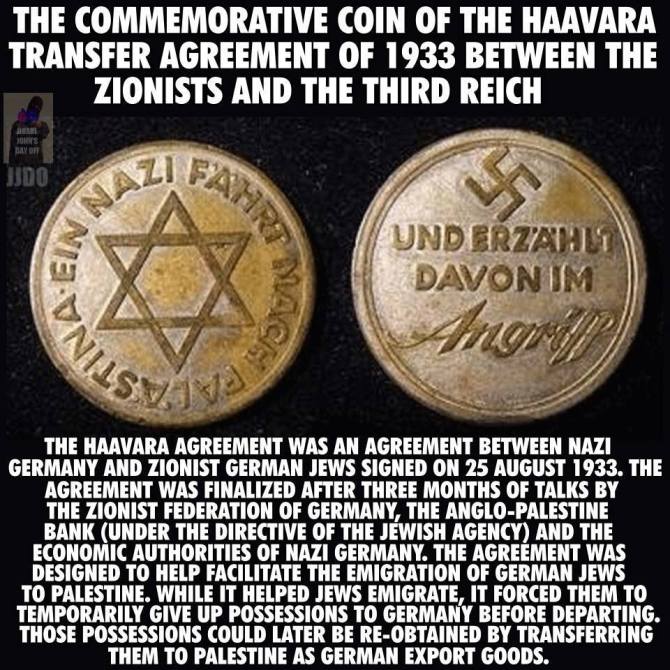 Later on, plans for the resettlement of Jews to Madagascar were drawn up and reached an advanced state before the defeat of Nazi Germany consigned them to the dustbin of history. 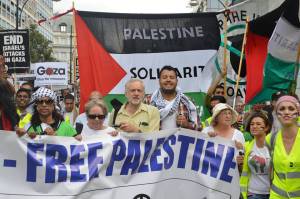 The tightly-controlled British media’s predictable eagerness to echo the preposterous allegations of antisemitism being bandied about against people like Ken Livingstone, Naz Shah, George Galloway and Jeremy Corbyn only exposes the extent to which the UK media is now comprehensively the domain of immoral elitist executives and presstitutes who have sold out to the Zionist lobby’s agenda.

The current absurd frenzy is a further illustration, if one was needed, of the stranglehold this lobby now has – over both British establishment politicians, and the mainstream media.

How telling, and how tragic, that a similar level of outrage is never displayed in ”our” media when innocent people are routinely massacred by the repressive and racist Israeli regime in Palestine.

”Red Ken” Livingstone’s suspension from the Labour Party today follows close on the heels of Bradford West MP Naz Shah being suspended after it emerged she had once suggested, among other things, that Israel should be moved to the United States.

I am not a Labour Party member, and apparently I can not be, so long as I post things like this : 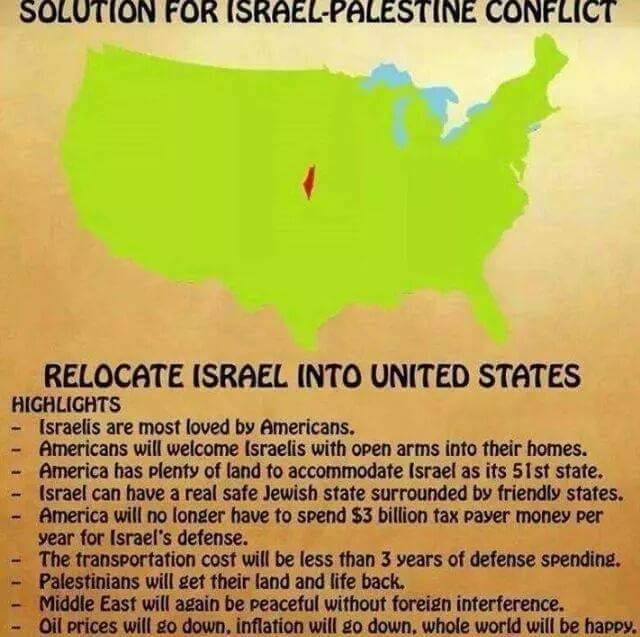 JUDAISM is a religion which promotes supremacist delusions and exonerates racist crime.

ZIONISM is an ideology of conquest, colonialism and exploitation.

Neither of these two statements define me as anti-Semitic.

3 thoughts on “Corbyn, Livingstone and ”Anti-Semitism””